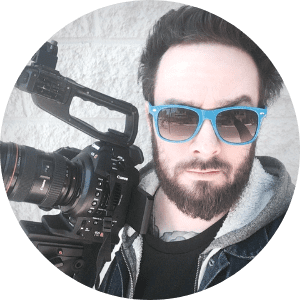 Born and raised in Jacksonville, Kennedy studied technical theatre at Douglas Anderson School of the Arts and television production at Sandalwood High School.  After graduating from Florida State University, Kennedy moved to New York City and spent more than a decade freelancing in video production and editing for television, web series, music videos and various events. Kennedy has developed video content for a variety of clients across the United States and abroad including Australia, New Zealand, France and Japan.  In 2018, Kennedy achieved a life-long goal to write, direct, self-produce, and release a feature-length comedy film and looks forward to making the next one.

Point Taken Communications is a public relations firm, specializing in media relations, social media influencer relations, press release writing, pitching and media training nationwide. As a public relations, marketing, video production and web design firm, we serve corporations, medium-sized businesses, small businesses, firms and nonprofit agencies across the country. We increase the return on your investment by managing your brand and messaging across all channels to ensure clarity and consistency. We are a full-service agency built to help businesses and nonprofit organizations promote their products, services and mission to drive more dollars and donations. At Point Taken, you only work with senior-level professionals with a wealth of industry contacts and marketing, PR, video production and web design knowledge who can maximize your budget, guide your marketing efforts and get the job done right the first time.